A Cagey Situation: Consumers Have The Right To Be Confused #Nuffield16 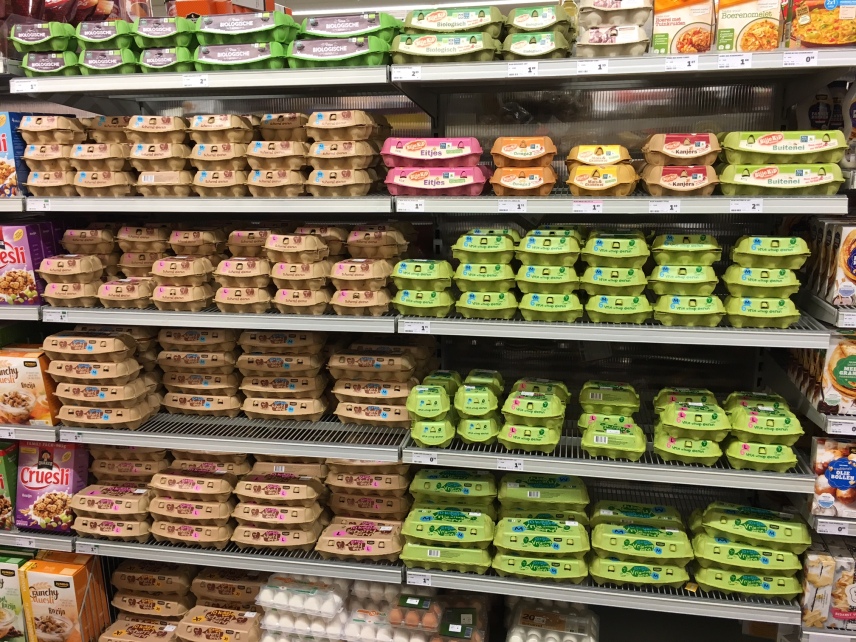 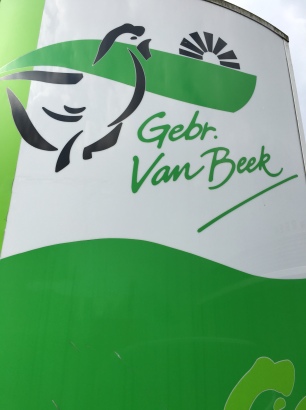 Consumers are confused, and I am too! There was an article in The Globe and Mail over the weekend by Ann Hui, National Food Reporter, which supports the ongoing conversation of egg production from battery cages to enriched cages or free range housing for laying hens in Canada; this compares to my recent Nuffield Canada research trip to Holland where I had opportunity to live for a few days with a large, commercial layer farmer who was proud of his 120,000 unit laying farm where all eggs sold in Dutch grocery stores come from aviary barns, where these birds are not confined to any sort of cage.

Who is right? Eggs produced in cages or eggs produced in free run systems? This question creates a major problem because we attempt to have conversations about bird health, safety and what farmers deem as ‘sustainable’. However this conversation about the wellbeing of the bird is somewhat misleading; it is entirely economic driven. It is economics from retailers selling cage free eggs to economics of farmers looking to protect their own profitability and investments. A contradiction is that North American scientists have produced reports that support the benefits of enriched cage systems and scientists in Europe have produced research that supports birds are happier without confinement; again we have developed research which supports each system, with their own merits.

I found myself, a lover of this is seemingly perfectly packaged, concentrated, affordable form of protein, known as an egg, questioning our system in Canada. Through my Nuffield travels I had the opportunity to spend a day with Scotland’s largest egg farmer, John Campbell, who has about $2.5 million laying hens, 40% of which were free run and the balance in cages. I also met one of Irelands largest egg farmers who farmed nearly 1 million hens, most of which were in caged systems. In both circumstances they referred to their caged birds, I insisted on clarifying what they meant by ‘caged’, on both farms it is what Canada would call an ‘enriched cage’. In other words, the idea that Canadian egg farmers have operated with traditional battery cages for this long, seemed almost impossible to these gentleman. In speaking with Mr. Campbell, it was the opportunity in marketing free run eggs where his growth of business growth occurred, not caged, and organic to this point has limited market potential.

This idea of caged versus enriched versus free run made me think; do consumers really care or do they simply want a low priced and high quality food? To develop an answer to this question, I am not entirely sure, but what I have learned is that consumers, retailers and end users are asking more and more questions about the welfare practices on farm and how these birds are raised. To this, no matter the system, I am a firm believer that the differentiator is the management between farms, perhaps more so than the system itself. As for consumers, some are looking for details, but many are want to have a connection to their food, but do not always want the full extent of the details.

It was best described to me by Roy Tomesen, my Dutch egg farming Nuffield friend; as they converted their barns nearly 10 years ago from cages to aviary systems; he said: in cages, farmers manage the birds, in aviary, the birds manage the farmers. In other words, the management of each system is very different, more hands on, dependent on environmental factors and bird behavior, but each can be done with very high levels of care and compassion for the birds. Roy was managing is large farm with 1.5 hired laborers in addition to himself. I question, are farmers resistant to change or is our system rigid to change? As a poultry farmer (yes, I am turkey farmer, and similar management traits are true with me) we have bought into a system where we don’t necessarily think about our end consumer, we only think about what happens on our farm and when our product leaves the barn, it is no longer my issue. We have an expectation of trusted relationships from farm to fork.

Retailers are making decisions based on global trends; we should not be a surprised for some markets, particularly when you look at the Dutch model where nearly 30 million laying hens are raised outside of cages; it can be done and large retailers know it. I had the privilege of meeting a large egg packer in Holland, they were very proud of their distribution model and spoke about opportunities abroad; this included North America where they were able to provide cage free liquid egg product, shipped overseas to supply American food products, such as mayonnaise.

A farm economic concern in the discussion of going cage free is that respecting the consumer relationship. If retailers, foodservice and food manufacturing clients were willing to pay more money for this product, farmers would gladly entertain the transition. However, the fear of this conversation for the same price paid for a product that does in fact cost more to produce. Farmers that have recently invested in technology, infrastructure and barns should rightly be concerned because of the speed of which decisions were made and communicated regarding animal welfare standards; but looking outside North America, this does not come as any surprise.

Moreover, Canadian egg farmers are profitable, where all members of the value chain make a positive return, but the price of quota is no doubt the largest factor of investment. I question if the price of quota, which is not negotiable in price, yet have strong fixed incomes drives lack of change. Looking abroad, when a Dutch farmer with an aviary system is making €0.005 (yes ½ a Euro Cent) per egg, so based on 400 eggs/bird that is only €2/bird profit, in Canadian about $3/bird; a far cry from the $13 to $15/bird that Canadian farmers are profiting and earning their fair share within the supply chain.

Another argument that I have been challenged with by Canadian farmers is the notion of mortality on free run facilities versus cage barns; my response is much less about the type of barn, but more about the overall system of marketing eggs. The reproductive capacity of laying hens is about 14 months or longer, yet in Canada they are replaced to match system requirements at one year.   Therefore, over the long term, unnecessary birds are used for production, when in fact they should not be required.   Again, who am I to say, particularly when farmers are having a terrific profit margin and are willing to pay for that extra laying hen over time, but further improvements in egg productivity is being developed and this issue will not go away, particularly if goals of 500 days in lay are met in the future.

To my point, I am confused and I don’t think I am alone based on my observations. As farmers, particularly in supply management in Canada, we have the trust of consumers who are paying good prices for eggs, we have negotiating ability with distributers and retailers, but the industry needs to consider what consumers are asking. I don’t agree that one system, cage vs cage free, is particularly better than the other, but rather the management and skills required is very different. Ultimately, farmers have a goal of being paid fairly for their work and investments, should we consider discussing the opportunity for differential pricing for those that want to adapt? It is proven that commercial, wide scale aviary production is possible, but again, I don’t believe that all consumers are asking for these standards. In the end, Canada is positioned to utilize multiple forms of production apply the strongest of management, but we must embrace some degrees of change. 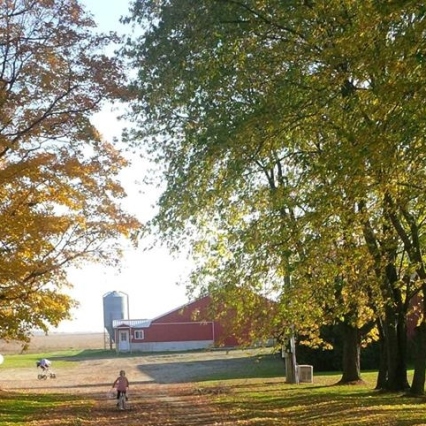 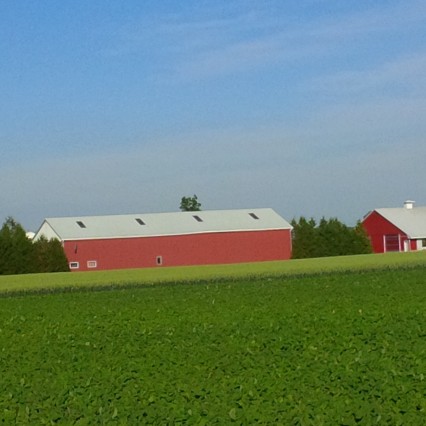 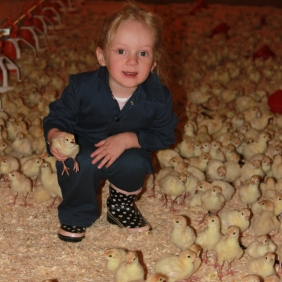 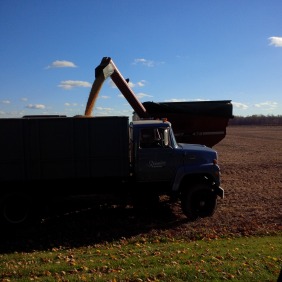 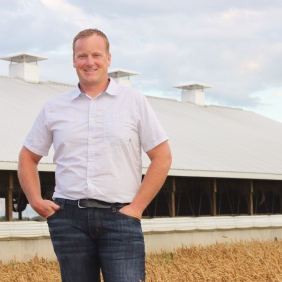